10 Things To Do in Chicago 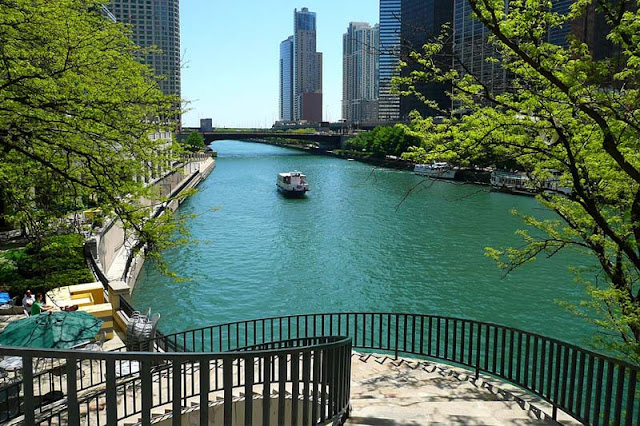 Chicago is known as the “Windy City”, and is a massive piece of American culture. The bustling city is home to deep dish pizza, the Chicago hot dog style, and their popular Italian influenced beef sandwiches. It is also home to a huge performing arts following, sculpted artwork scattered about the city, and many places to watch live comedy shows. The pier makes for fun by the water, which only a few cities have and is home to citizens of all nationalities! The melting pot city is a wonderful place to visit, but be sure to pack accordingly as their winter season can be rather chilly.

The historic museum is a place to learn, snap photos, and soak up some art. You can spend time in the library, seeing exhibits, and flipping through thousands of photographs they house. It additionally has a large costume collection, and several cool things for kids to enjoy such as the “Sensing Chicago” where they can hang out with a big Chicago dog.

This pit stop is fairly self-explanatory, but anytime you can soak up some culture not commonly seen in the states, you should try it out. Chinatown in Chicago is very reflective of the huge Chinese population that calls Chicago home. It features Chinese eateries, places to grab authentic Asian groceries, and even medicine shops that have loads of traditional cures in a bottle that you won’t find at your local pharmacy.

The aquarium is totally indoors housing an astonishing total of over 25,000 swimming friends. It has a saltwater aquatic display, and has won numerous accolades for its unique and huge selection of marine wildlife.

Nestled inside the burbs of Brookfield, Chicago is a fun zoo that is home to over 200 hundred acres of animals. It was the very first American zoo to feature giant pandas, and has an indoor dolphin exhibit that has earned the zoo millions of fans. It additionally hosts a gorgeous rainforest area simulation inside its “Tropic World” feature.

A notorious staple of the Chicago scene, the scenic Navy Pier wraps along the shoreline of the breathtaking Lake Michigan. While it is a functioning pier that offer docking and warehousing, it also has a tram, theaters, a museum, and ferris wheel. You simply cannot visit Chicago without hanging out at the pier for a few hours!

The field is where the Chicago Cubs baseball team plays and one of the oldest ball fields in the entire country. The park has its own charming ways such as only installing lights to play night games in the late 1980’s, and having a scoreboard that is turned by hand versus the swanky automated ones. It has tons of history, and is a great place to stop and take photos even if you don’t like baseball you can just feel the heritage being there.

Chicago is encompassed in water, making an extra method to see the windy city from the exciting viewpoint of water cruising. There are several cruise companies that offer Chicago tourism trips, and all at pretty affordable rates. Choose from firework tours at night to beer and wine cruises, or tours that provide a historical approach about the architecture of the stunning city.

This Theater is a major performance center that offers a touch of the arts for everyone. You can view public speeches there, local plays, concerts, magic performers, and of course, larger, headliner theatrical performances. The structure itself is seven stories tall, and sits upon one whole city block of the main street; which shows a visitor just how many flock to the venue on a regular basis to support local theatrics.

This structure is more popularly known as the “Sears Tower”, prior to the renaming of it to Willis; but the tower is one massive building that you cannot miss while in Chicago. The Tower is 108 stories tall, giving an amazing view of the city as well as a few other states if you look in the right spots. Visitors can climb up to the “Skybar” located on the 103rd floor, and rumor has it you can see into Michigan, Indiana, and Wisconsin when the weather permits. That’s quite a view worth visiting!

The windy city is famous for a lot of things, but definitely not short of excellent nightlife. There is a very eclectic mix of places worth checking out from beer guzzling pubs, to historic jazz clubs such as the “The Green Mill”. Hop over to the “Sound Bar” for house music dancing, or “Berlin” where you are welcome no matter what your style is into the dance club. Berlin also serves up an awesome 1980’s tribute night not to be missed.