Top 10 Cities With the Best Food 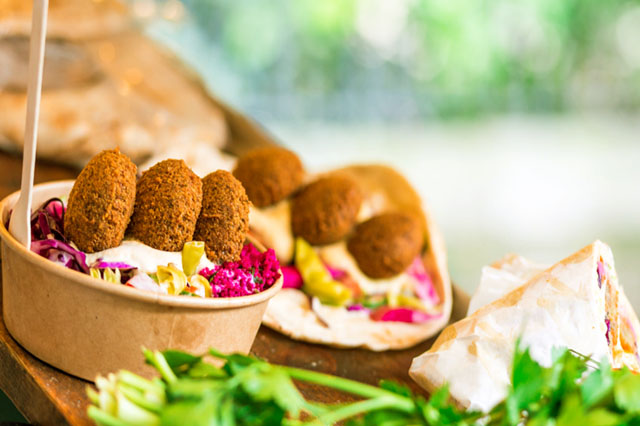 Food is one of the unifying pleasures of life, stimulating our senses and sensibilities. Regardless of origin or custom, you have a tradition of gathering around the fire to share food and tell stories of the day’s adventures and misfortunes. Sustenance becomes not only about the food we eat but also the bonds that come out of a shared feast.

After looking at freshness and style of culinary practices, plus ingredient diversity and a search for a charismatic, innovative food culture, here are ten of the very best food destinations in the world right now:

20 million people can’t be wrong ! Bombay – the capital of the province of Maharashtra (which means “huge nation”) is truly the land of plenty. And no one goes hungry. Bombay food will excite your palate and fill your belly on any budget. A crossroads since ancient times, Bombay combines custom and cuisine from the four corners of the Earth. But it’s the incomparable Chaat (street snacks) that will make your head spin with flavor pleasure. Pani Puri, bite sized croquettes filled with potato or chick peas and tamarind, is the little star of the big Bombay food show. Another treasure is Juhu Beach for bhel puri. For the real Bombay comfort food, try the pav bhaji (“bread stew”) or treat yourself to the Kanda Pohe, a breakfast mashup that is the morning go-to in Maharashtra.

Known as the “Food Capital of Malaysia” Penang attracts food lovers from all over the world because of its dynamic street food and budget-friendly prices. Drawing from the lively, aromatic flavors of Malay, Indian and Chinese ingredients and techniques, “Nyonya” cuisine showcases an array of fresh elements like mint and kefir lime, coconut, and cinnamon. A spoonful of Hae Ko, a thick savory shrimp paste, showcases the essence of Nyonya dishes. Rasa Malaysia recommends Laksa Air Itam “the most famous Laksa (noodle soup) stall in Penang”.

Near the Atlas mountains and steeped in influences from Africa, France and the Middle East, Marrakech is bold, colorful, and rings with an urban buzz that gets you on your first visit. And tourism has doubled since 2002. In line with the region’s development, Marrakech is gaining fast recognition as a global food paradise. The classic lamb or cod tagine is ancient food for the soul and can be found everywhere from chic bistros to food stalls inside the old city. Djemaa el-Fna square is ground zero for the best in street eats. Sample tiny potato dippers called Makouda slathered in peppery harissa sauce, or if you love simplicity and comfort, score some semolina flatbread with Zaalouk, a smoked aubergine dip.

The Roma district of Mexico City has ignited a revolution in la comida Mexicana. Led by impresario chef “Lalo”, Eduardo García and his wife and business partner Gabriela López-Cruz’s now legendary, Maximo Bistrot has spawned a gastronomic revolution with dishes like poached egg with asparagus hollandaise and lobster and squash blossom ceviche. Their evolution continues with the eponymous Lalo, serving a taste-happy breakfast and lunch menu. Little culinary miracles like the French-inspired Croque Madames or the soul satisfying fancy pulled pork sammie will make you tremble for a moment, each time you remember it.

Food is just one of many excuses to do Japan. Ancient customs which value order, cherish simplicity and pursue perfection are as Japanese as sushi and sumo. Excellence in food preparation with minimalist, artful presentation is its trademark and the fact that Japan has more Michelin-starred restaurants than any city in the world is proof. Specialties in sushi, udon and every chic food trend is on detailed display at cafes throughout Tokyo. The making of the perfect Soba noodle for example, requires exactly 80% buckwheat, 20% wheat flour. No deviation is permissible for any self-respecting Tokyo chef. The best in the world is at Sarashina Horii, where they have been producing an exquisite version of the soul enriching noodles since 1789.

Istanbul is a food lover’s utopia. Ancient narrow streets full of spice and sensual surprises are the things on which the Istanbul legend stands. But the fast pace and bold commerce of Istanbul merchants can be overwhelming for the uninitiated in the “City of the Emperors”. With exquisite teas and more spices than you will ever see again, Istanbul’s best street food includes balık-ekmek (the fish sandwich) near the Karaköy or Eminönü shore or lahmacun (Turkish pizza) from Halil Lahmacun. Head to Taksim for chill cafe vibes and treat yourself to a taste of what locals love.

Barcelona has been a gastronomic powerhouse for more than a generation. With masters like Ferran Adria revolutionizing Catalan cuisine, the city has lead the culinary avant garde for three decades. But as the economy languished, the best chefs had to sharpen their creativity and resourcefulness to prosper in tougher times. Since 2010 Barcelona has built a fresh new fire on the global food scene. In command of the renaissance is Ferran’s younger brother, Albert Adria, flaunting a new, dressed down food luxury. With prices leaner, creativity abounds on small menus fusing Catalan and global gastronomic ideas. Avocado and crab cannelloni at Tickets is where the new magic happens. Where El Bulli left off, Bodega 1900 picks up and carries Barcelona’s status as a global taste-maker’s delight, boldly into the future.

Montreal is simply one of the sexiest cities in the world. The joi de vivre for which the French are known, electrifies all of its food affairs. But it’s the radical old that’s new again, spurred on by the explosion of mobile food trucks and new classics like grilled cheese made with Île-aux-Grues cheddar and beer-braised shallots at P.A. Gargantua that lead the charge. Also trending are the adventurous depanneurs (corner stores) and the rustic and luxurious presentations by iconic chefs like bon vivant, Martin Picard. At Au Pied De Cochon. Picard has created a frenzied following for his recomposition of old Quebec classics, such as his signature Foie Gras Pizza or the classic maple-braised pigs’ feet.

In the capital, you can eat like an epicurean on a pauper’s budget. With the best grass-fed beef anywhere and wine bars aplenty, Buenos Aires today is an emerging food fusion and wine tourism destination complete with private chef tastings and exclusive “closed door restaurants”. Young Patagonian chefs are spinning time-tested classics with bold Latino moxy. The Baru Ceviche with Mango biche coconut at I Latina is pure bliss. Together with the world’s very best empanadas and enchanting street food, Buenos Aires is a must for anyone serious about trending food and style.

The city locals call “Saigon” hosts a mind-boggling array of great food for travelers. Streets and alleyways are filled with food preparation, cooking and eating. Say good morning in Saigon with the best fried egg banh mi (sandwich) or try the soft shell crab bun thit nuong around midday to remind your taste buds But you can’t leave the capital without heading to Bun Cha Hoa Dong, for some of the best Saigon sammies and Pho in the world, then dip around the corner to the famous Ben Thanh Market. Legendary cocktail bars like the Shrine and world-famous Saigon sweet coffee are just two more reasons why Vietnam’s new food explosion provides plenty of reasons to come back.